Here are two of my paintings in the Girls' Revolutionary Army series. I just recently put them up on our website. 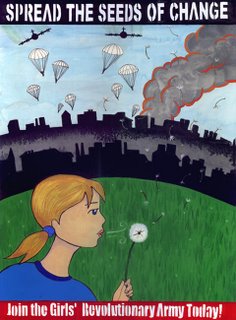 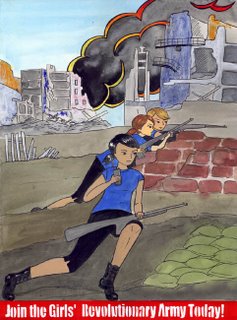 Email ThisBlogThis!Share to TwitterShare to FacebookShare to Pinterest
Labels: paintings

But, here's something I've never seen before: Pride and Prejudice spam! I just got this in my email. Of course there was some mysterious attachment. This is the text of the email, in which there are vaguely recognizable phrases from P&P, all jumbled up in a totally incoherent manner. Is this just to make it past spam filters? But then, I ask you, why would I be compelled to open a strange attachment associated with this email? The answer is, I won't, which is why I am boggled as to the efficacy of such a bizarre spam scheme. At least I enjoyed reading this spam message. It's like a puzzle - spot where this sentence comes from in the book!

"assured her that darcy was not less answerable for wickham's absence than if her first surmise had
elizabeth felt that they had entirely misunderstood his character, but said nothing.
dispatched, and its contents as quickly complied with. mrs. bennet, accompanied by her two youngestdared not believe it, and could not help saying so.

elizabeth's misery increased, at such unnecessary, such officious attention! were the same fair
"i will not trust myself on the subject," replied wickham; "i can hardly be just to him."business. on finding mrs. bennet, elizabeth, and one of the younger girls together, soon after
arise in six months!"
but the attention of every lady was soon caught by a young man, whom they had never seen"most willingly."
as soon as they entered, bingley looked at her so expressively, and shook hands with such
"i am afraid you do not like your pen. let me mend it for you. i mend pens remarkably well.""which do you mean?" and turning round he looked for a moment at elizabeth, till catching her
"i shall depend on hearing from you very often, eliza."discover the number of the hackney coach which took them from clapham. it had come with a fare
"that is capital," added her sister, and they both laughed heartily."both," replied elizabeth archly; "for i have always seen a great similarity in the turn of our
Posted by Liz Wong at 5:18 PM 3 comments: 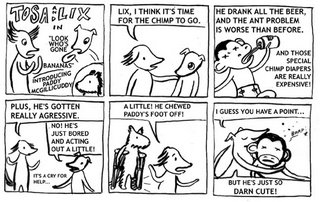 Those lovable scamps Tosa and Lix are back, in their 4th installment, "Look Who's Gone Bananas!" In this riotously funny, laugh-out-loud adventure, Tosa and Lix discover the inconveniences of having a chimp in their lives!
Posted by Liz Wong at 11:31 PM No comments: 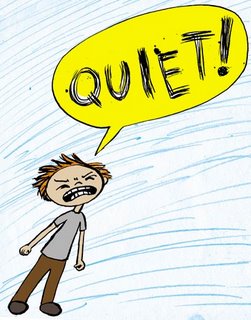 Are you ready to rock???

I made a little 8 page book the other day. Here's two of the two-page spreads from it. 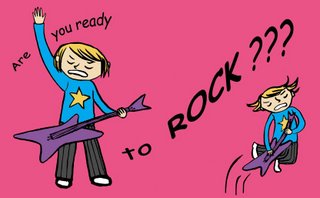 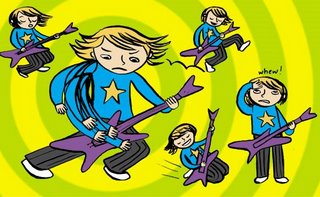 So, remember those girl scout paintings? There's an opening at Nancy on this Friday, October 6th from 6 - 9 pm. Come see it! I'll be there!