In honor of the impending arrival of the year 2010, I am looking to the future. I am trying a new technique out in Photoshop and I'm pretty happy with it. This was done with my Kuretake brush pen and colored digitally. 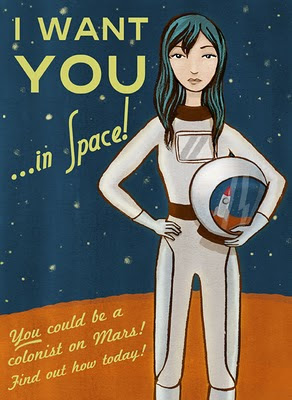 Email ThisBlogThis!Share to TwitterShare to FacebookShare to Pinterest
Labels: illustration friday, other illustrations

Sometimes things just don't turn out the way you want them to. 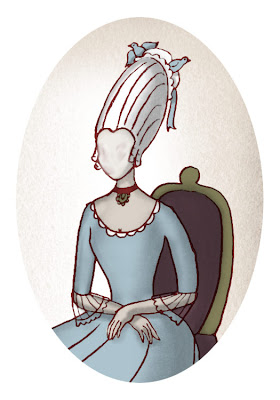 Next thing you know, all your work is undone. 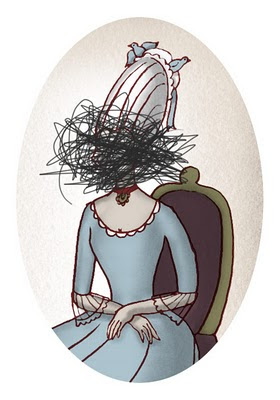 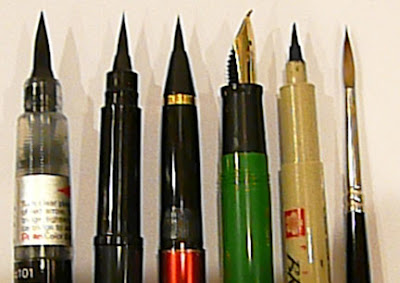 I drew a bunch of similar looking heads for comparison, and then a few lines underneath showing the width of the line when the brush is pushed down to its maximum spread, and a few increasingly finer lines. This test was performed on Bienfang bristol board. 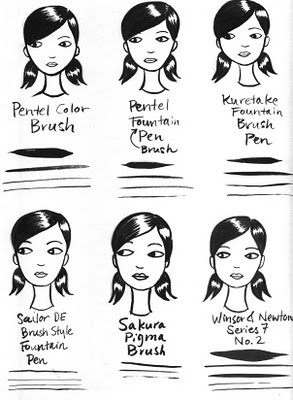 The Pentel Color Brush (which I didn't get from Jet Pens, but have owned for several years) is a big plastic pen with a barrel that you squeeze in order to dispense more ink. I have owned it for a few years now and am still on my first ink refill. In order to refill the pen, you have to detach the entire bottom of the pen and discard, but as I noted, it will last for a long time. Surprising, I found it to perform quite well in my test, maybe just because I am so familiar with it.

Pros: dark ink, large brush, relatively responsive, ink cartridge lasts a long time
Cons: not waterproof, no converter, ink flow is not as good as some others (can be dry, especially on rougher paper) 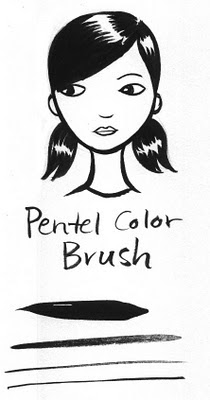 Pros: ink is waterproof, cartridges are convenient, decent ink flow, but not as good as Kuretake
Cons: no converter available

The Kuretake Fountain Pen Brush ($30) was my favorite of the bunch (next to the actual brush, of course). It was very responsive and had good ink flow. The ink is darker than the Pentel fountain pen, and it also works with the Platinum converter, so you can use whatever ink you desire. The pen snaps back to a nice sharp point. It is a little softer than the Pentel fountain pen. The pen has an aluminum barrel that comes in black or a snazzy red.

Pros: Good ink flow, works with Platinum converter, most like a real brush
Cons: not waterproof

The Sailor DE Brush Style Fountain pen ($15) is not a brush pen, but I was intrigued enough to order one. It has a nib that is bent up at the end, and will give variable line quality depending on the angle at which you hold it relative to the page. The ink flow was not as good as I hoped, but it might be promising with practice. It comes with cartridges or can also use a Sailor converter.

The Sakura Pigma Brush Pen doesn't have actual bristles like the other pens tested. I've had this pen for a while, and I find that the tip gets worn easily. It is not very flexible and functions more like a marker. I find it most useful for filling in areas rather than outlining details.

Lastly, here's the sketch with the actual brush for comparison. I found the Pentel Color Brush was similar for bristle spread, but the Kuretake was closer for feel, ink flow and line quality. I saw that Jet Pens also sells a sable brush pen, which I bet would be awesome, but it's also pretty pricey.

In the end, once you scan these in, they all look pretty similar. 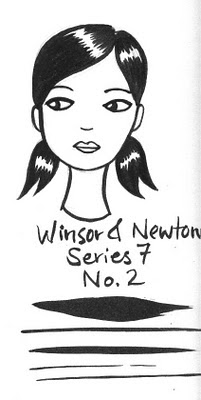 My sister as a vampire

Sometimes I am the worst procrastinator. I was going to do something productive tonight, but instead I spent way too much time making this little portrait of my sister as a vampire, as a gift tag to put on her birthday present.

It was fun, though. 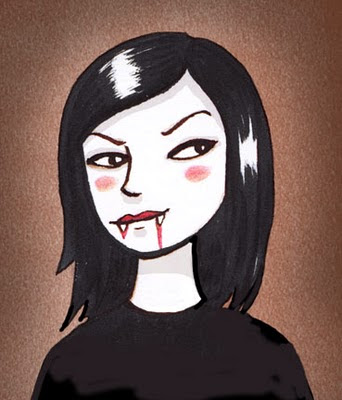 Email ThisBlogThis!Share to TwitterShare to FacebookShare to Pinterest
Labels: other illustrations

A couple of new portfolio pieces, inspired by the Northwest - one showing the sea life of Puget Sound, and one showing a spotted owl spotting. 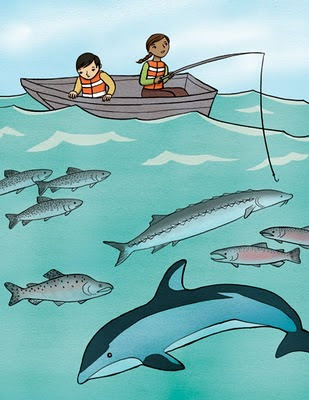